In the right light, at the right time, everything is extraordinary.

O, Sunlight! The most precious gold to be found on Earth. 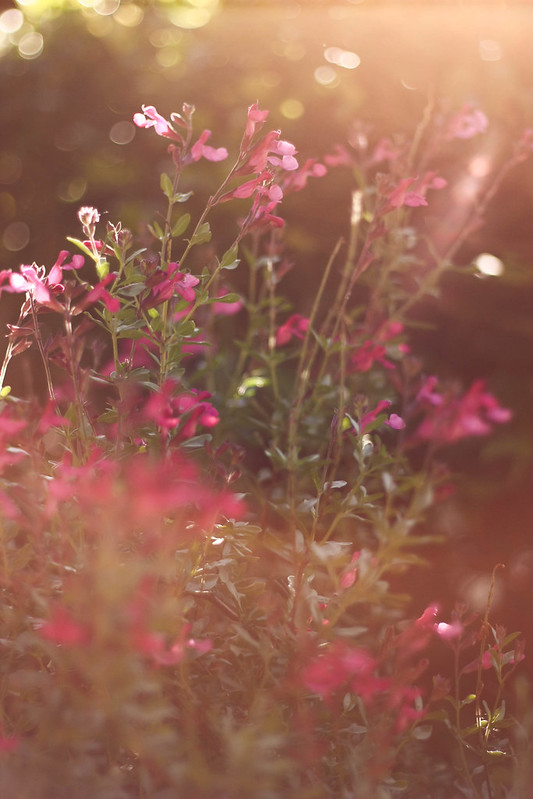 What breaks in daybreak? Is it the night? Is it the sun, cracked in two by the horizon like an egg, spilling out light? 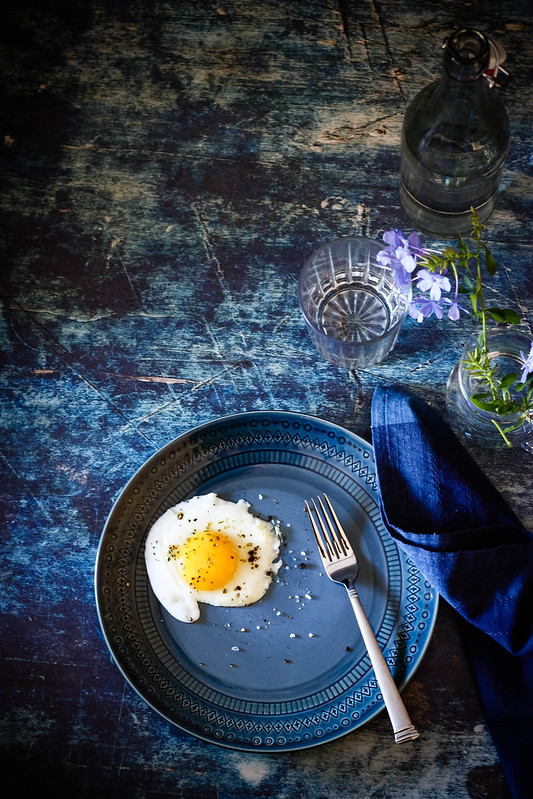 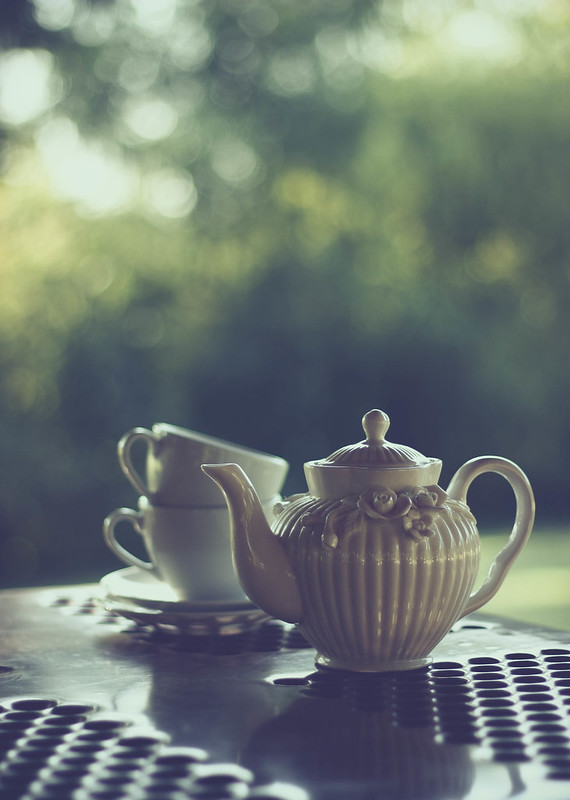 From sunrise to sunset to sunrise, there is a lifetime of beauty, charm and elegance. 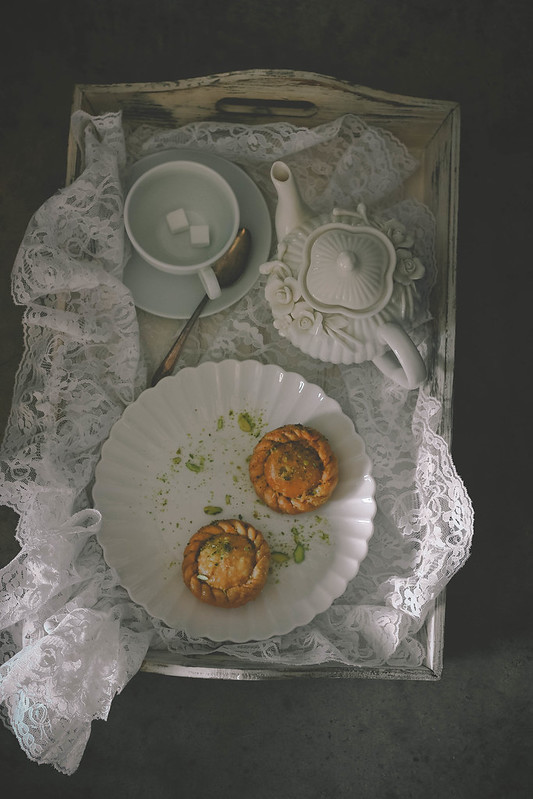 Starlight is best felt at noon… 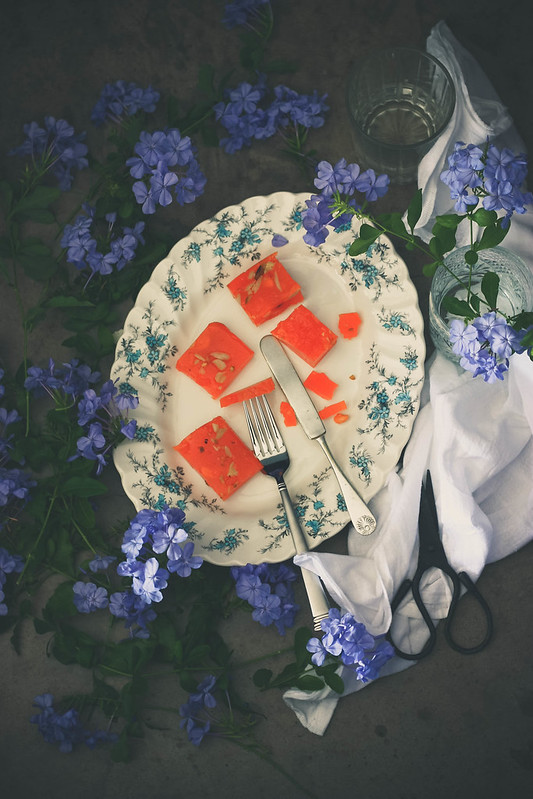 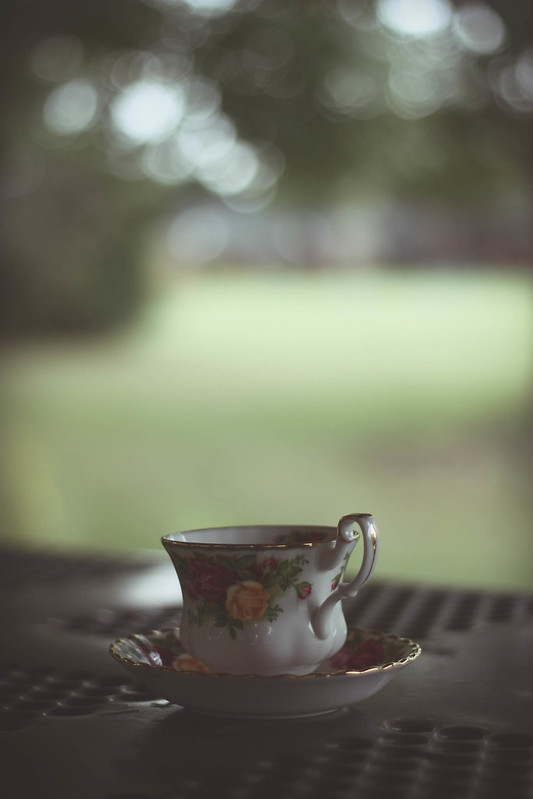 Disclaimer: Quotes and sayings used here are all collected. 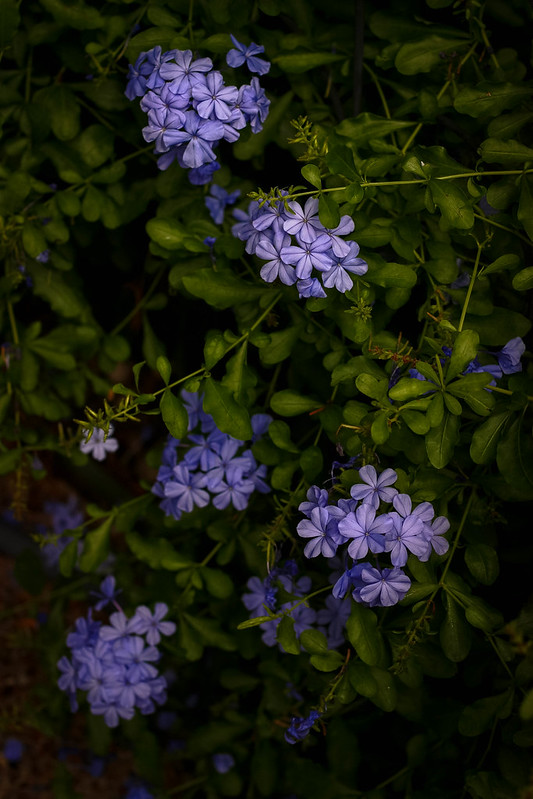 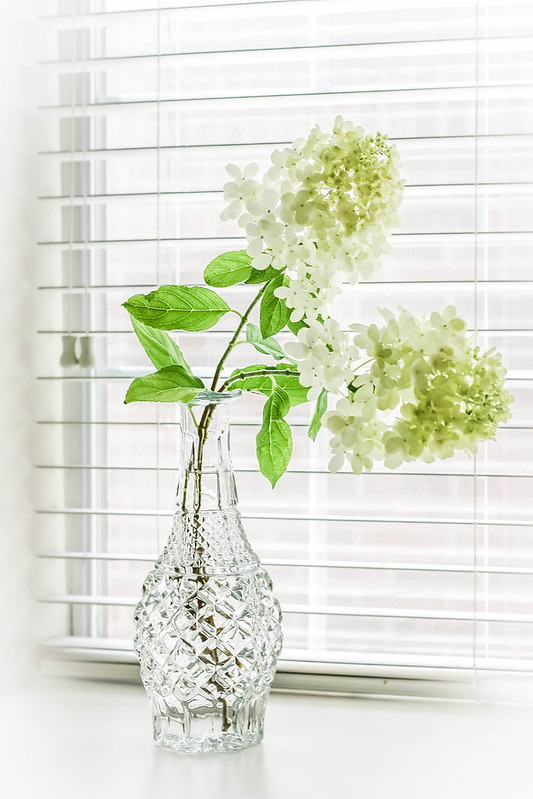 Before the lifeless silence of Winter howls, along comes Autumn with a ravishing red hued hurrah: Watermelon Lemonade. 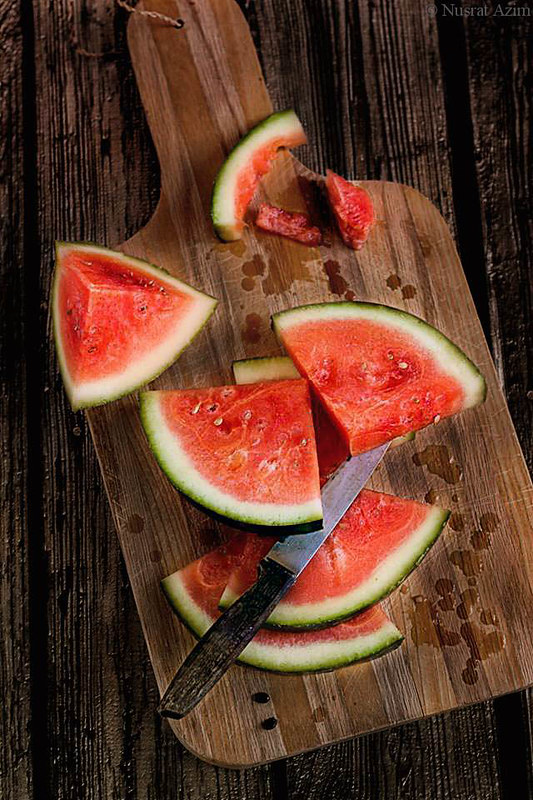 Puree watermelon flesh into a blender. Strain the puree.

In a large pitcher whisk together water, lemon juice and sugar until sugar dissolves. Stir in pureed watermelon.

Refrigerate for a few hours. Add some ice cubes in the tumblers and serve. 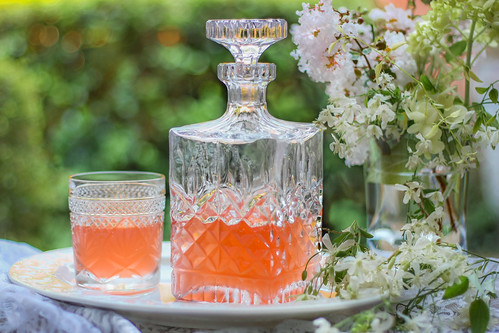 The color of this drink is so brightly blazed, the taste is so Autumnal that you could drown in it. As long as you wish. 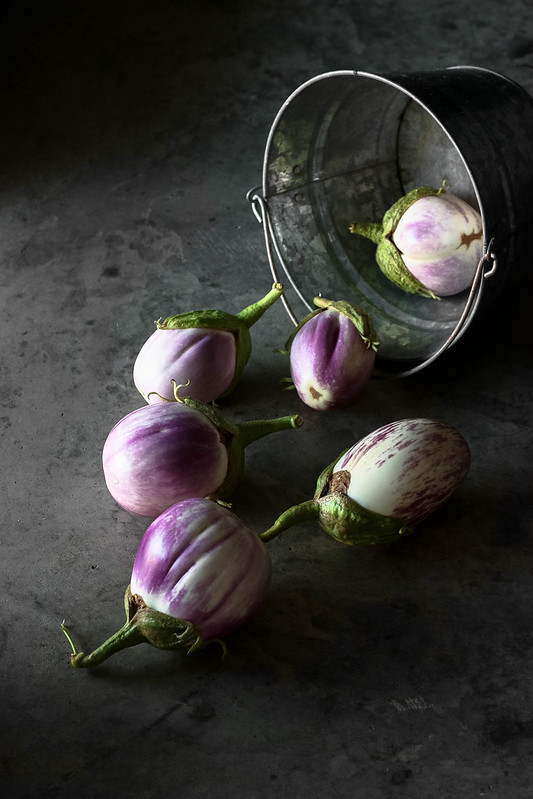 So let’s not summon this inevitably deadly guest Death with a nuclear war. Let’s turn our severely bizarre, Raven-black, voodoo talks-wishes-thoughts for the enemy into a beautiful prayer. 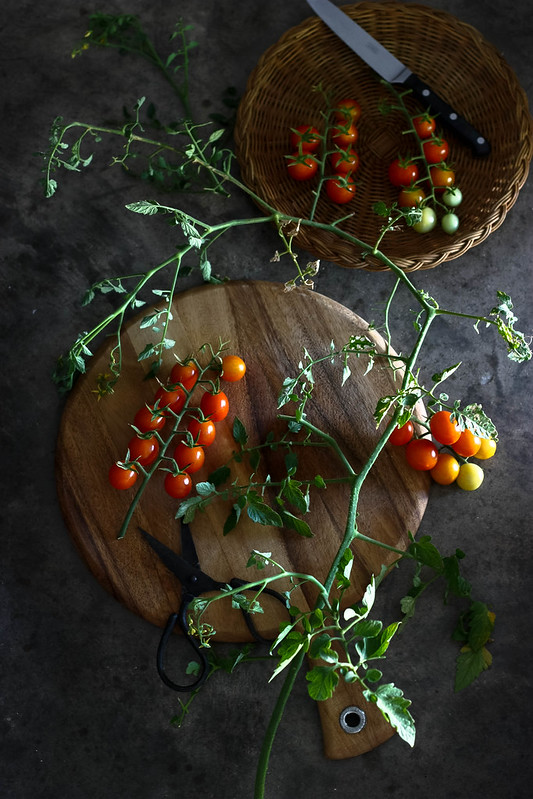 And ……. let’s make a fantastic Watermelon Salad. It is a Summer-time salad as pleasantly chilled as Arctic ice. As gently flavored as the Camellia-kissed summer breeze kissing the Eldorado cascades. 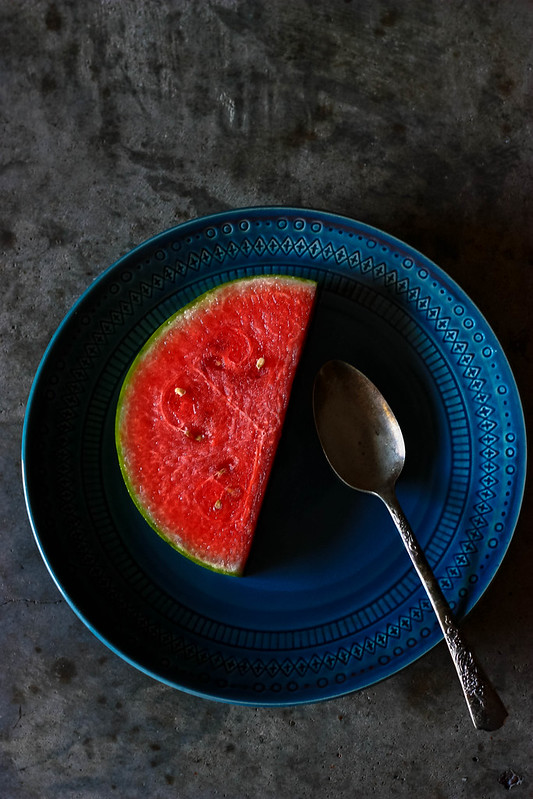 Gently combine chunks with salt, lemon juice, olive oil. Put in the fridge for about 30 minutes 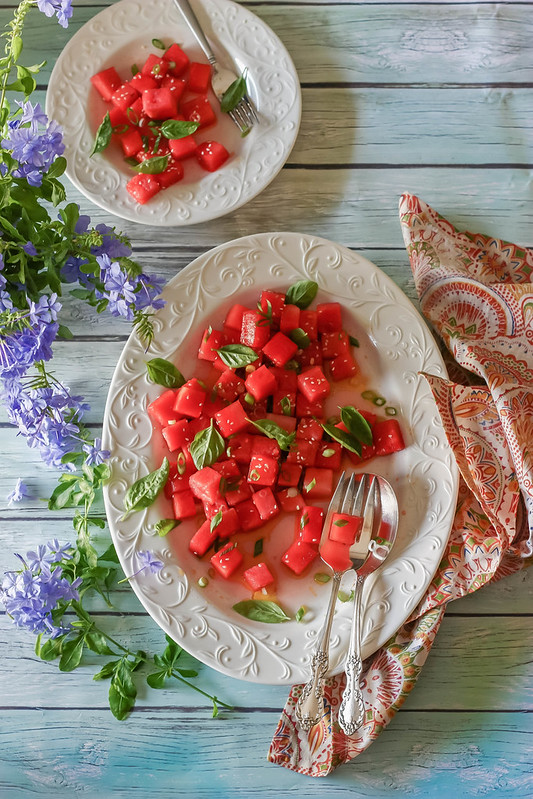 Killing innocent lives, bombarding humanity has never been nor will it ever be a solution as Allah SWT warns the transgressors saying: 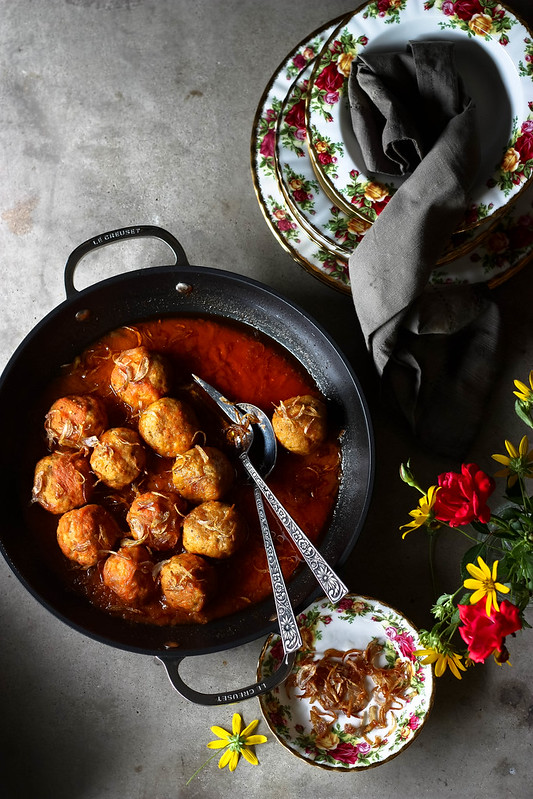 ‘Adiy ibne-Hatim Radiyallahu ‘anhu narrates that Rasulullah Sallallahu ‘alaihi wasallam said: Good and evil for a man is between his two jaws. 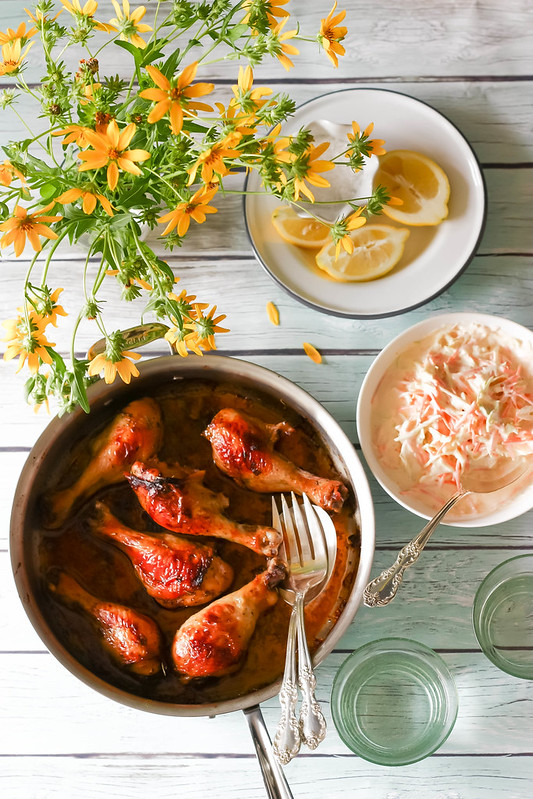 Abdullah Radiyallahu ‘anhu narrates that he heard Muhammad PBUH saying: Most of the faults that the son of Adam commits are by his tongue. 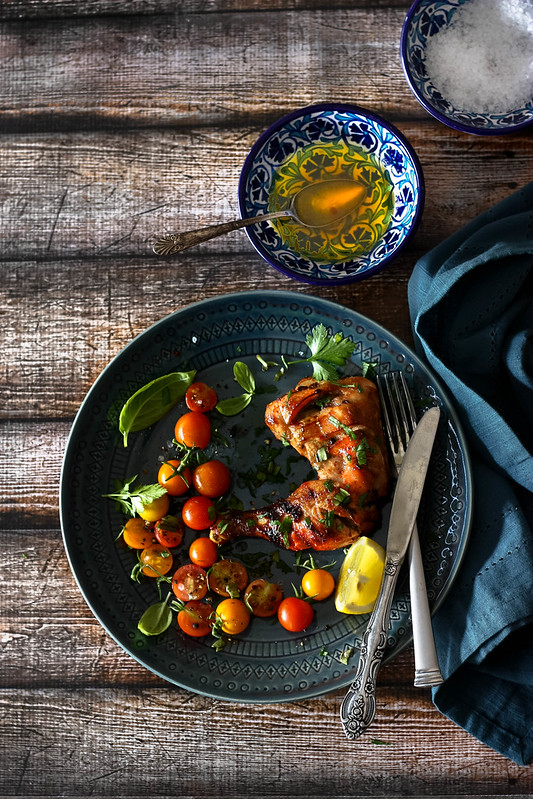 Harith ibne-Hisham Radiyallahu ‘anhu narrates: I inquired Muhammad PBUP, “Tell me something which I may hold to firmly”. He pointed towards his tongue and said: Control this. 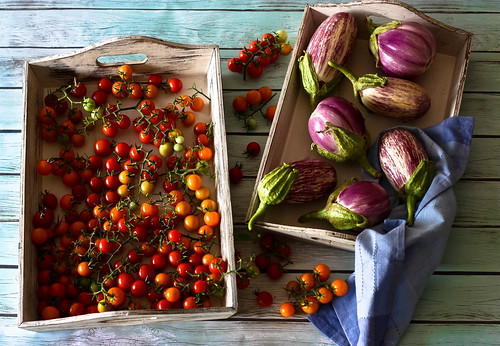 Abu Hurairah Radiyallahu ‘anhu narrates that Rasulullah PBUH said: He who believes in Allah and the Last Day, should speak what is good or be silent. 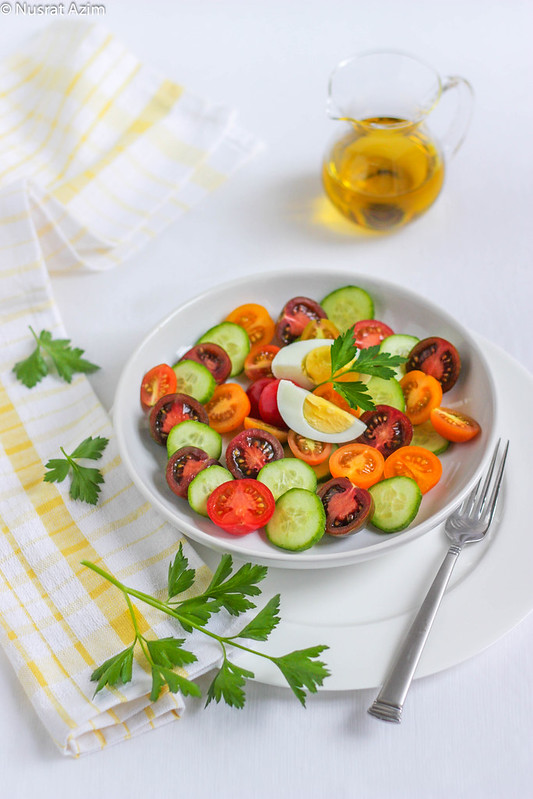 Note: You may prepare the vegetables a few hours ahead and refrigerate without adding the dressing
. 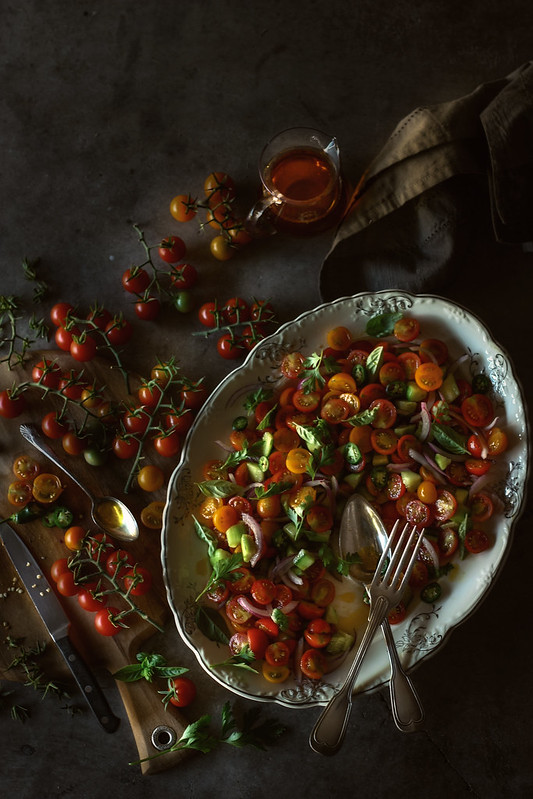 Mu’adh Radiyallahu ‘anhu asked: O Rasulallah! Command me such a deed that may send me to Paradise. He replied: Believe in Allah and speak good words, reward will be written for you; and speak no evil words that will be written against you.

Making this rich, velvety, amber hued Halwa/Fudge will require your utmost patience. It will ask you to stir until your hands get numb. But the end result is worth the pain. If you’ve tried just one bite, the pain will hide, deep inside. And the sweet aftertaste will leave you somewhere, swinging in the spring air. 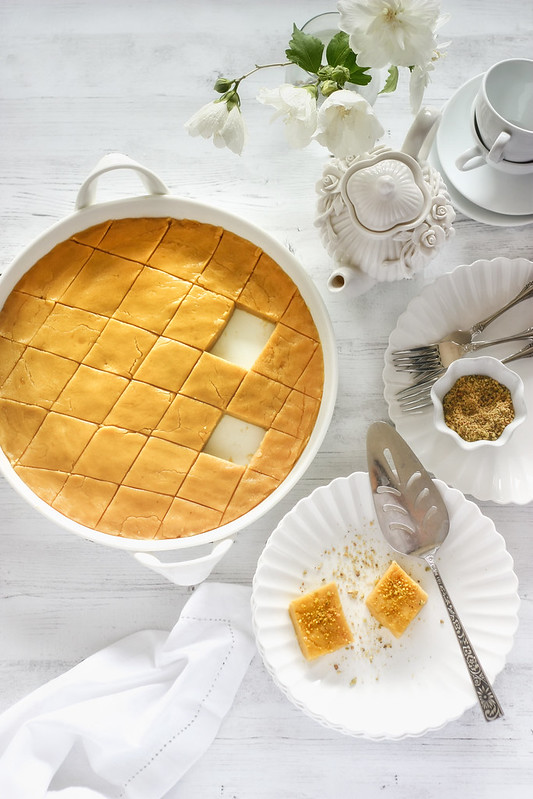 * Wash lentils until water runs clean. Soak for a few hours.
* Boil lentil with milk. liquid will evaporate leaving the lentils soft and moist.
*Blend lentil in a blender or food processor. If it feels too tight, keep on adding milk little by little as you go.
* In a large, wide nonstick pan, on medium-low heat, add Ghee, bay leaves and cinnamon. In a minute ghee will smell fantastic. Now add lentil paste and sugar.
*Keep stirring continuously for about 45 minutes to an hour. Add 1 tbsp Ghee when you reach half time.  In the end, the mixture will look and feel silky, smooth. It will leave the sides of the pan.

*Sprinkle ground cardamom now. Discard bay leaves and cinnamon stick.
*Spread the Halwa in a flat, greased platter. Garnish with toasted chopped nuts, raisins if you want.
* You may use a cookie cutter to give the Halwa various shapes and sizes while its still warm.
* Can be refrigerated for 10 days. 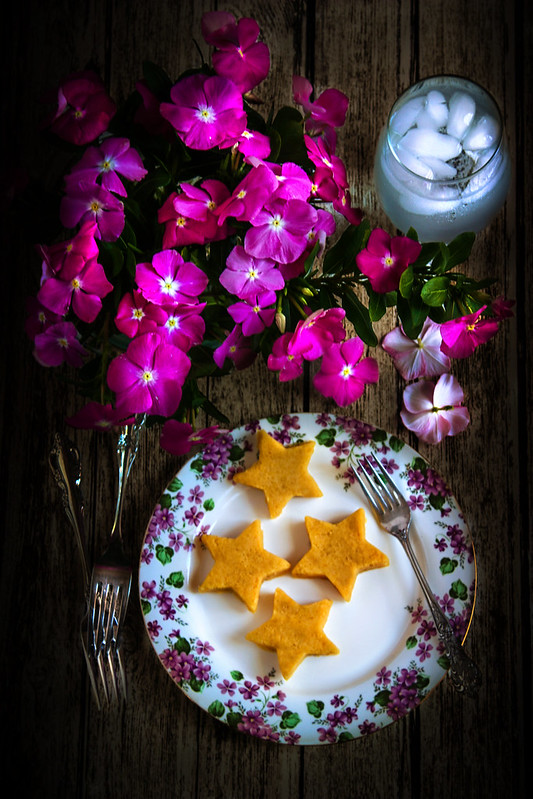 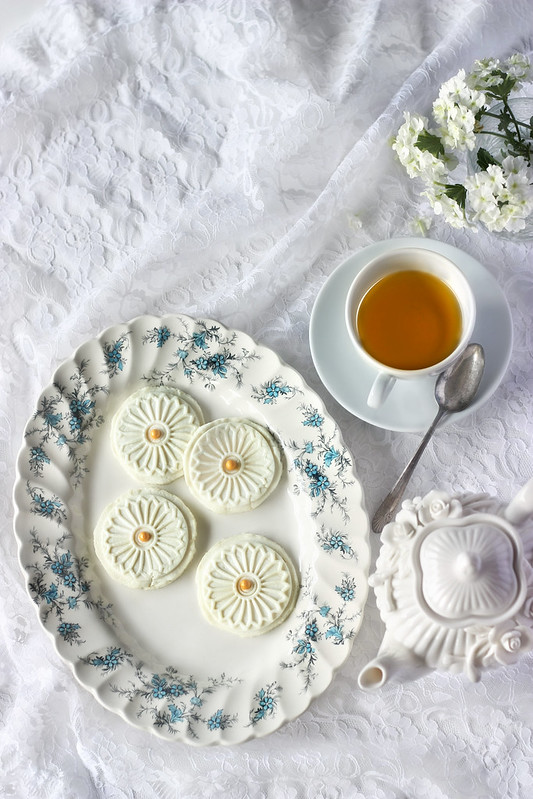 .
Some soft and snowy Ricotta Fudge to the kindest and most BEAUTIFUL person ever: my Mom and your Mom.

1. Knead cheese for 5 minutes to make it nice and loose. Add powdered sugar and cardamom powder. Knead for 2 more minutes to mix the flavors.
2. In a nonstick pan, over  low heat, cook the cheese and ghee for 5-10 minutes, stirring constantly.
3. Remove from heat, knead slightly for a minute when it cools down a bit. Make desired shapes using greasy molds while the mixture is slightly warm. Or simply make small balls and flatten them lightly.  Stick chopped nuts onto the sweets, if you wish. Serve as is or cold. 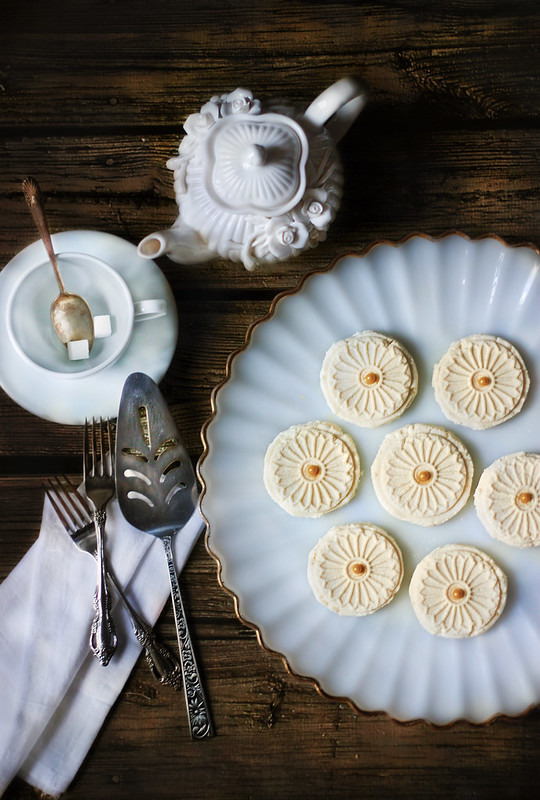 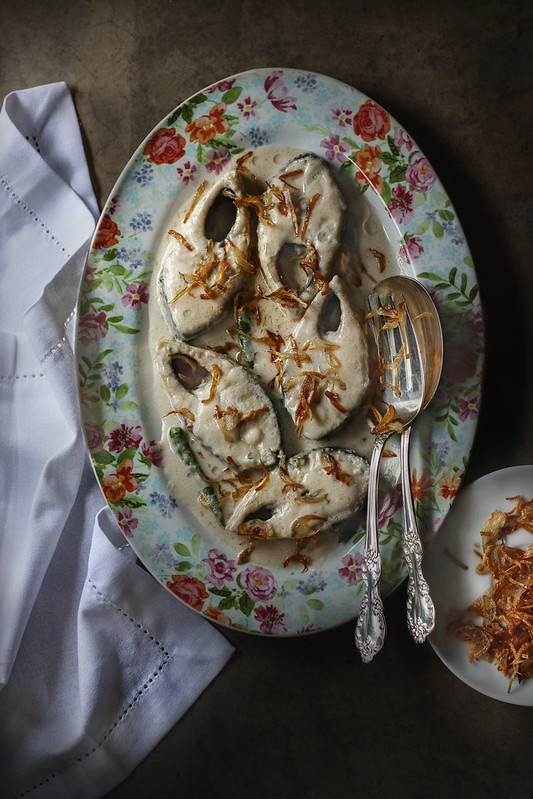 Rural Bengalis do not belong to a world full of urban sleepwalkers where nobody was actually awake; a world full of churning hatred, human heart like verbal firing squad, bitter suspicions; a world busy with mocking, angry talk, spreading vicious debate, heated conversations. They do not spend their income on war and guns. Only hunting and survival tactics they practice which they Inherited from their ancestors. 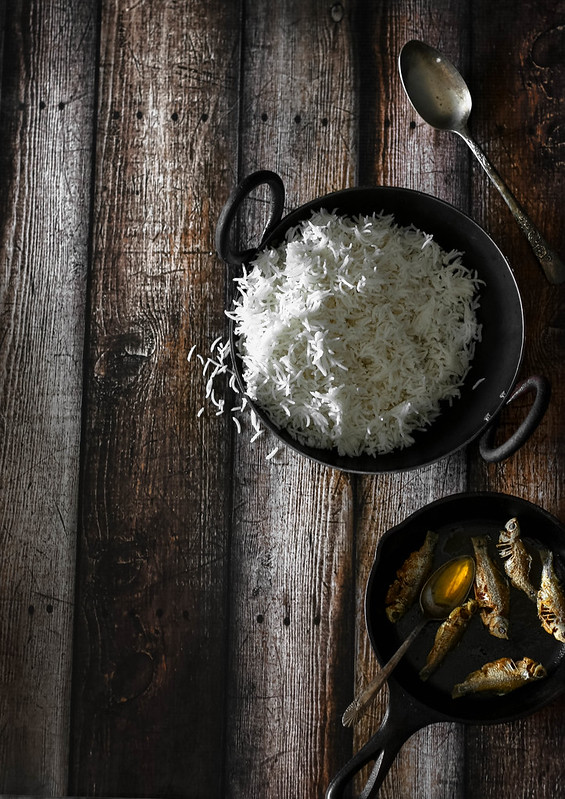 The fish caught from sweet water lake shores or thunderous tumult oceans or rigorous rivers, would mesmerize your senses with its own aroma. And the spices would gently waltz in the amber broth. Spices must not shackle the fish.

In a big enough pot, lightly fry pat-dried fish chunks for a couple of minutes in hot oil on medium heat. Set aside.

In the same pot, add water-turmeric-salt. Let the water come to a boil.

Add fish. Cut Chillies into half and throw them in the pot. Cook for 5 minutes on medium high heat with the lid on. Or, until fish is boiled properly. 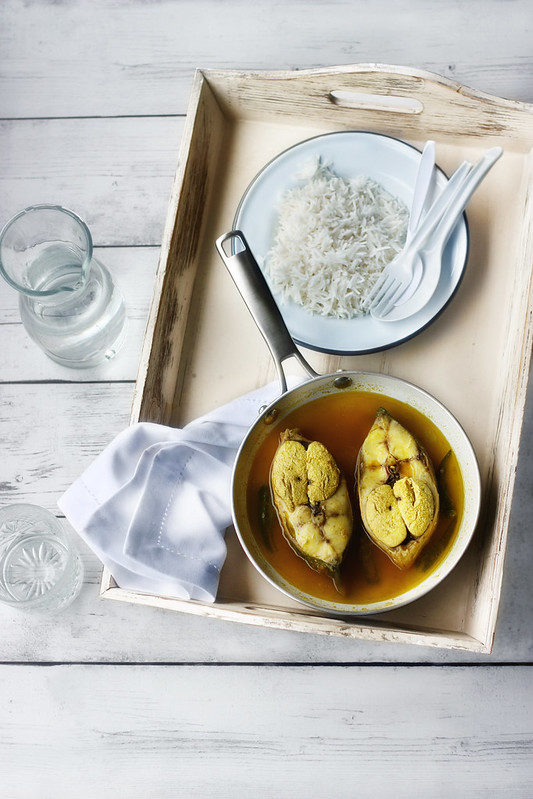 To my ancestors, to the rural people of Bangladesh, God always appears in the form of rice and fish. These beautiful, straight-out-of-a-novel people never exhibit the savage practice of killing each other off; they labor hard for peace and catching fish.

Eye Of the Beholder
Blog at WordPress.com.